Making BIM Models to save you time and improve documentation

By Alan Angelo B.

Have you ever spend too much time in making changes across multiple files only to do it all again for a small change?

Or having to bring home your work because you're being dumped with one task over another?

Most of architects/designers overworked themselves to deliver a project on time.

You see, I used to work the same way. I was spending a whole afternoon reflecting a bunch of lines from one CAD file to another and ultimately model it in SketchUP, from scratch.

Turns out, you could do this easily with Revit, one of the common BIM tools .

Unfortunately, most of architects/designers still rely on traditional workflows.

They struggle to enforce their design due to being interpreted differently by other disciplines.

But they still resist in adopting Revit because learning a new software would be too much of an investment for them.

I thought same when I was starting out, only to realize that the beginning is the hardest part.

Sure, you'd lose some productivity from learning Revit's interface, familiarizing yourself with its features but eventually, it'll pay off as you progress.

You could either be one of the higher-performing staff or someone who still uses dated methods that will become too expensive to carry on when the time comes.

As a BIM Specialist, let me take care of your burden for you!

What I need from my Buyer is the commitment undertake a project that guarantees your ROI.

BIM Specialist | Helping Architects/Contractors save time and focus more on the client's need through BIMWhen was the last time you spent hours polishing your detail drawings reflecting through all your separate views only to be rejected and then do it all over again? How about sending out a proposed design but turns out the client prefers a different theme? (and then do all it over again lol) With BIM, you could automate all this mundane tasks and BETTER visualize and communicate your ideas with clients. As a BIM Specialist, I make sure that your design is modeled and built to what exactly you env... 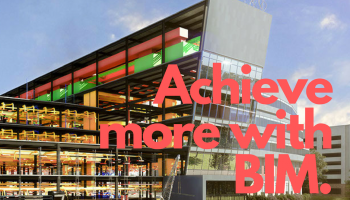 by Alan Angelo B.

Making BIM Models to save you time and improve doc...

Have you ever spend too much time in making changes across multiple files only to do it all again for a small change? Or having to...